In mid-November, Swiss border guards at the Diepoldsau border crossing in the Canton of St. Gallen seized a total of 3,000 units of various erectile stimulants in two incidents. On both occasions, an attempt was being made to smuggle the products into Switzerland aboard coaches from Serbia. Switzerland does not permit private individuals to import substantial quantities of medicinal products from abroad. Medicinal products of unknown origin can represent a huge health risk.

3,000 units within three days
The week before last, members of the Swiss Border Guard seized a total of 3,000 units of potency-enhancing medicinal products. On 13 November, during a routine check at the Diepoldsau border crossing, border guards found 1,800 units of a potency preparation in the luggage of a Serbian coach driver. Three days later, at the same crossing, a 41-year-old Serb attempted to illegally import 1,400 potency products that he had hidden among the clothes in his luggage aboard a different coach.

Illegal imports can prove expensive
The confiscated tablets and gel pouches were handed over to Swissmedic, the Swiss Agency for Therapeutic Products, for analysis and subsequent destruction. Swissmedic's investigations showed that the tablets were counterfeit and hugely underdosed. The gel pouches were imitations from India. Swissmedic has initiated administrative proceedings against the importers of the confiscated medicinal products. The importers will have to pay the cost of these proceedings. The illegal products are being destroyed for drug safety reasons.

Anyone who obtains and consumes medicinal products or doping agents of unknown origin is taking a big risk with their own health. Purchasing medicinal products from controlled sources in Switzerland is the only way of guaranteeing that their quality complies with requirements and that there is no risk to health. 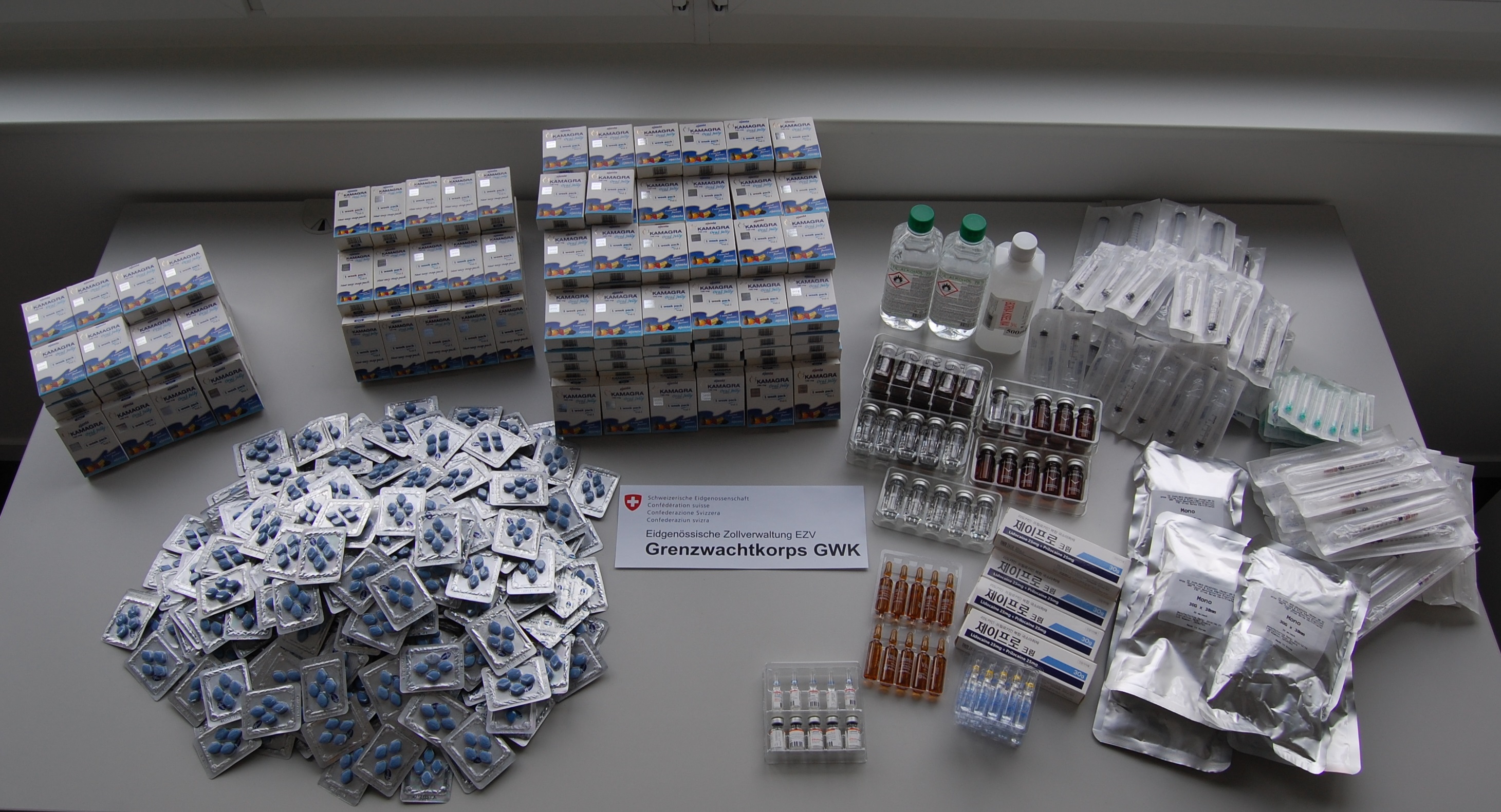