The following applies in general to GCP and GVP inspections: 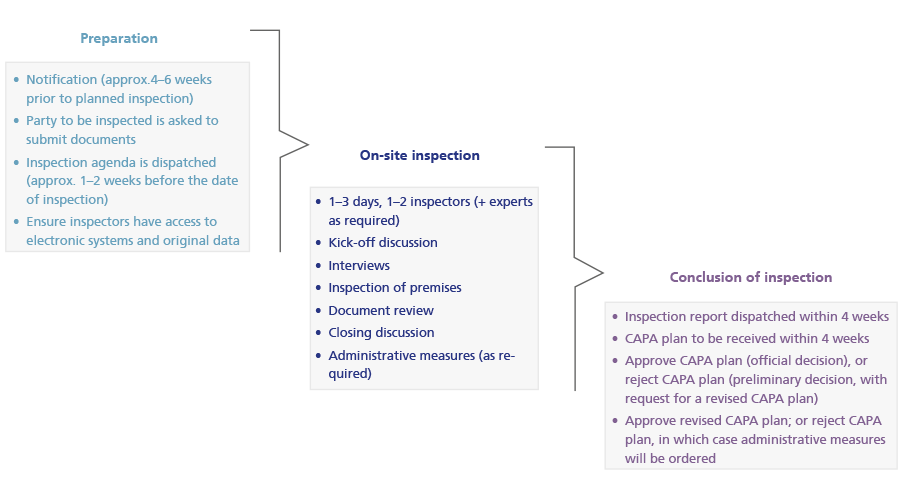