Switzerland has for some years been participating in the PANGEA international week of action, which is coordinated by Interpol. A total of 94 countries took part this year. The aim of this operation, now on its 15th outing, remains combating the illegal trade in medicinal products via the Internet. During the campaign, a total of 3 million units of illegal and falsified medicinal products were secured.

At the Zurich-Mülligen postal sorting office, employees from the FOCBS, Swissmedic, Swiss Sport Integrity and the Office for Health of the Principality of Liechtenstein confiscated 231 of the 948 shipments checked.

Shipments from Hong Kong containing counterfeits of authorised erectile stimulants were discovered with conspicuous frequency. Confiscated narcotics were reported to the cantonal authorities so that they could institute criminal proceedings. 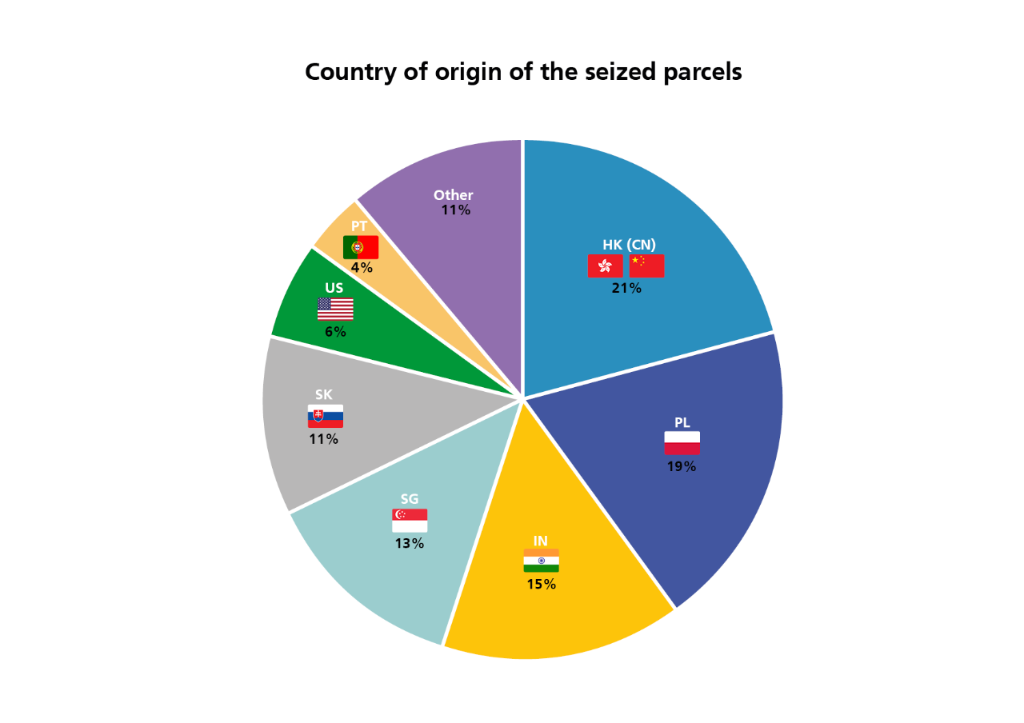 The illegal distribution of medicinal products is the work of professionally organised and internationally networked criminals. Falsified medicinal products are generally produced in Asia, with fake erectile stimulants originating in India. The products find their way to Swiss patients by illegal and circuitous distribution channels. The majority of confiscated shipments during the PANGEA XV campaign came from Hong Kong, Poland and India. Thanks to close cooperation with the authorities in the countries of origin, it is possible to report the sources of the illegal medicinal products to contacts there so that action can be taken against illegal dealers.

Illegally traded medicinal products constitute a premeditated threat to patients’ health. They often contain none of the declared active substance or else less than the amount stated, or undeclared substances. In an attempt to foil simple tests, some of them contain active substances in smaller amounts than those stated.

Safe use of medicinal products: some important tips